To share your memory on the wall of Ralph Dertien, sign in using one of the following options:

Ralph Philip Dertien was born on August 1, 1936 to Emmo and Mildred (Kubal) Dertien in Platte, SD. He grew up on the family farm, attended Darlington Grade School and farmed with his dad until his marriage.

On April 28, 1962 Ralph married Doris Mae Verba at St. Mark’s Catholic Church in Lake Andes, SD. He formed a partnership farming operation with John L. Johnson west of Platte, SD from April of 1962 until January of 1968 and then purchased his farm 11 miles west of Platte, farming until his retirement. Farming was Ralph’s passion.

He joined the Army National Guard in 1957 and retired in 1980 as a Captain. Ralph loved Vegas and purchased a home in 1991 spending every winter there until 2012. While there he enjoyed eating out every day which included his favorite meal of prime rib, playing bingo and hitting the slots hoping for a big jack pot. Ralph’s other hobbies included antique cars, trucks and tractors, playing pitch and he was an avid fan of the Dallas Cowboys. He also enjoyed NASCAR and the Rodeo. He never went anywhere without his beloved dog, Bud.

We encourage you to share your most beloved memories of Ralph here, so that the family and other loved ones can always see it. You can upload cherished photographs, or share your favorite stories, and can even comment on those shared by others.

Posted Oct 20, 2020 at 10:17pm
Ralph & Doris Dertien
Please accept our condolences on the passing of your father and mother. It was a blessing for the John & Rena Johnson family to have been a part of your lives from the early 1960s. John really enjoyed Ralph as a friend, farming partner and fellow National Guardsmen. John and Ralph spent many hours on the phone talking crops, prices and other day to day issues. Ralph would always stop at the house and visit with John if he was in town. They seemed to have a certain bond of friendship that they both enjoyed throughout my Dad’s life. I was fortunate enough to have been able to work with Ralph on the farm. He taught me how to drive a tractor, combine and operate a cycle mower with a dump rake in tow on hot summer days. He guided me on the techniques of repairing fences in the spring of each year and how to put in solid corner post. He taught me about how not to get blinded sided by a cow that was protective of her calf and how not to get run over by hogs as we chased them up the chute on hot summer days. Ralph and I had to clean his no frill Dodge two wheel drive pickup (1970 model year??) a couple of times when we were in town. We stopped at the car wash and opened both doors—took out any paper work or tools—and power washed the whole inside of the truck out and then the outside just to get the big chunks—then down the road we went. Of course the seats were made of plastic and there was only a rubber type mat on the floor. Ralph had a gift of being able to embellish his good and bad farm experiences with a twinkle in his eye and grin on his face. Ralph and John would also hunt pheasants every fall with a big group of friends. It seemed to never fail that on such events one or the other would run out cigarettes during the day and have to borrow one or two from each other. Doris was always a pleasure to visit with when we went in for dinner or when she brought out lunch to the field. Always a smile on her face and encouraging word when equipment wouldn’t work; when there was too much rain or not enough or when the animals were sick etc. A great farm partner that a husbands needs to be a success. I pray that in the midst of your sorrow that you will find comfort in all the joyful memories shared. May the love and mercy of our Lord be bestowed upon your family during this difficult time.
Craig & Jeff Johnson 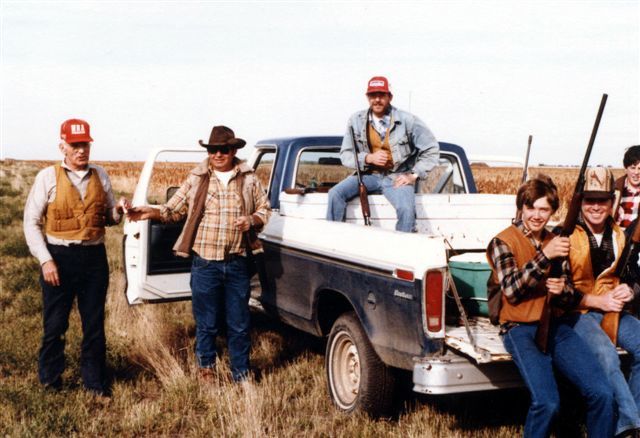 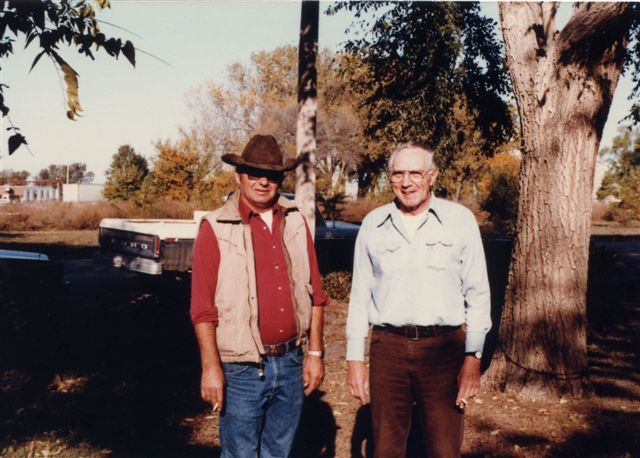 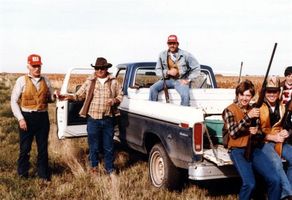 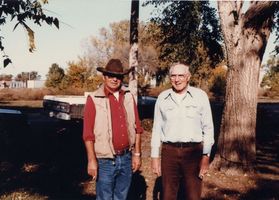 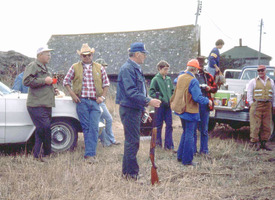