To share your memory on the wall of Dwayne Altman, sign in using one of the following options:

Dwayne was born on April 9, 1949 to Eugene and Bernice (Powers) Altman in Mitchell, SD. He graduated from Kimball High School in 1967. His early interest in cars and trucks began when he was young. He started his trucking business, Altman Trucking, in 1967. Dwayne’s work brought him joy; he was known for being at work well before the sun came up and often said he felt best when he was in the truck. He valued serving his customers and worked long hours and on weekends to take care of their needs. When a customer called, Dwayne prioritized getting them the rock or gravel they needed within a day or two. During the winter months, when the weather forced him to slow down, he spent time clearing snow from neighbors’ yards, socializing with friends at the coffee table or grain elevator, visiting his father at the assisted living center, doing sudoku puzzles, watching Gunsmoke, and driving around checking roads and seeing the countryside. He remained dedicated and committed to his work until his death.

Dwayne loved going hunting and fishing with his kids and grandkids, and could fish for hours whether he caught anything or not. He found happiness in experiencing life through his children, including their sports events, travels, and work experiences. Dwayne was always looking for good deals and liked to buy and sell things, especially heavy equipment like trucks, trailers, and loaders. He was a gifted story teller who could talk to anyone, and he enjoyed hearing about people’s lives. He was especially great with children, and could hold their attention for hours by telling stories — some true and others less so. Dwayne was known for one-liner quips and giving pieces of advice, which he shared with his kids often. He kept everyone on their toes with the tricks he’d play and had a knack for guessing his Christmas presents. He was always looking out for his kids and grandkids, and would never let them leave without slipping them a little money.

Dwayne was preceded in death by: his mother, Bernice Altman; and three siblings: John (in infancy), Diane Bussey, and Dennis Altman.
Read Less

Print
At Dwayne’s request, no services will be held at this time. A gathering of family and close friends will be planned in the future.

We encourage you to share your most beloved memories of Dwayne here, so that the family and other loved ones can always see it. You can upload cherished photographs, or share your favorite stories, and can even comment on those shared by others.

3 trees were planted in the memory of Dwayne Altman

Posted Nov 14, 2020 at 11:56am
I was so sorry to hear bout the loss of your loved one. He was such a good guy - always had a smile on his face. He was an especially good neighbor and always willing to help out. You have my deepest sympathy.
Comment Share
Share via: 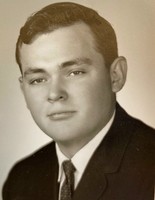