To share your memory on the wall of Jay Bult, sign in using one of the following options:

Jay Francis Bult was born on May 8, 1955 to Frank and Mildred (King) Bult in Platte, SD. He attended school in Platte and continued his education by completing a Culinary Arts course at the Civilian Conservation Center in Box Elder, SD. Jay was employed with Brown Printing in Waseca, MN for 14 years, with Wright Tree Service in Sioux Falls, SD for 17 years, at Platte Livestock and most recently was a cook at Casey’s in Platte.

On August 14, 1982 Jay was united in marriage to Jane Bammert in Waseca. They were later divorced. Jay enjoyed the outdoors while hunting, fishing, and gardening – canning what he grew to share. He liked listening to music, was a skilled woodworker and belonged to a dart league.

Jay was preceded in death by: a son, Jacob Bult; a granddaughter, Rylee Bult; his father, Frank Bult; his mother and stepfather, Mildred and Leo Gukeisen; and two sisters: Joyce Olofson and Kathy Kollors.
Read Less

We encourage you to share your most beloved memories of Jay here, so that the family and other loved ones can always see it. You can upload cherished photographs, or share your favorite stories, and can even comment on those shared by others. 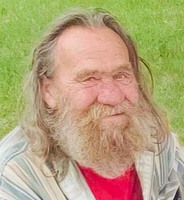